There are times where we as JavaScript developers just don't care about the backend platform a project is using and only need a simple text editor to write a bit of JavaScript code or update an HTML file. This is where lightweight editors come in.

Sublime Text is a very popular, cross-platform, lightweight editor. Its user interface can be seen in the following screenshot: 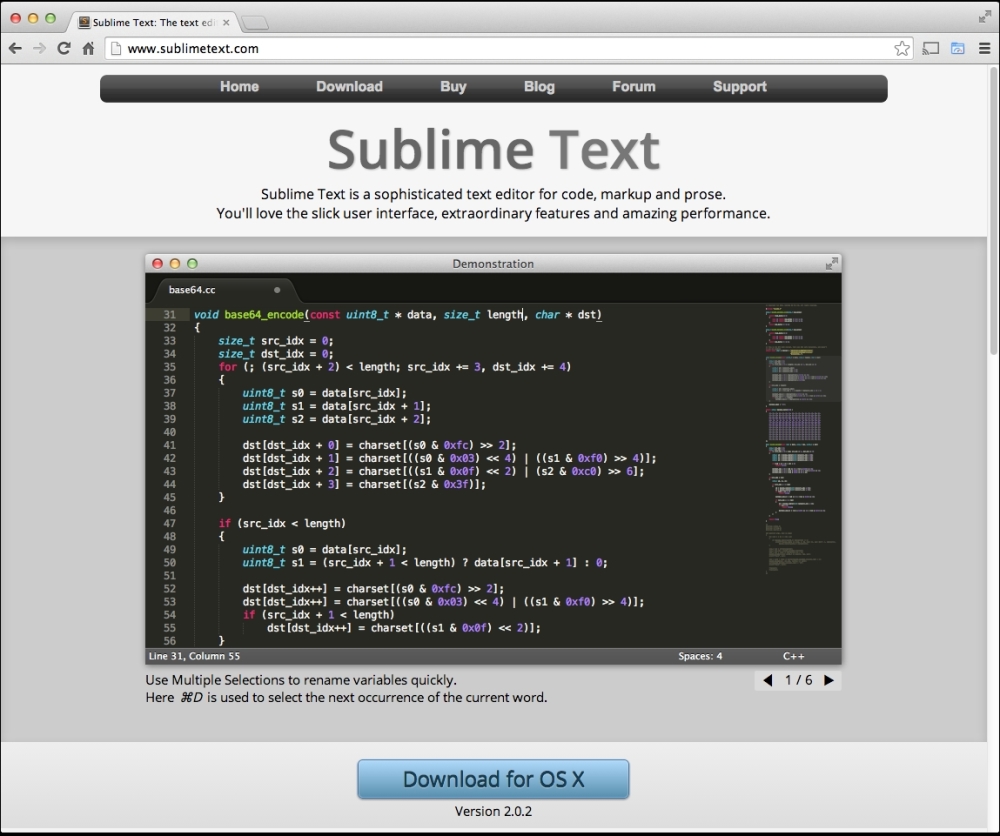 It is well known for its start-up and usage speeds as well as some basic editing features, such as language color hinting and basic code-hinting with multiple language support.

It also has its own package manager called Package Control, which allows you to augment Sublime Text to automate some common code-editing and compiling processes. Freshly downloaded, though, it's extremely lightweight and allows developers to add in common plugins required for their development workflow.

The user interface of the Notepad++ editor is shown in the following screenshot: 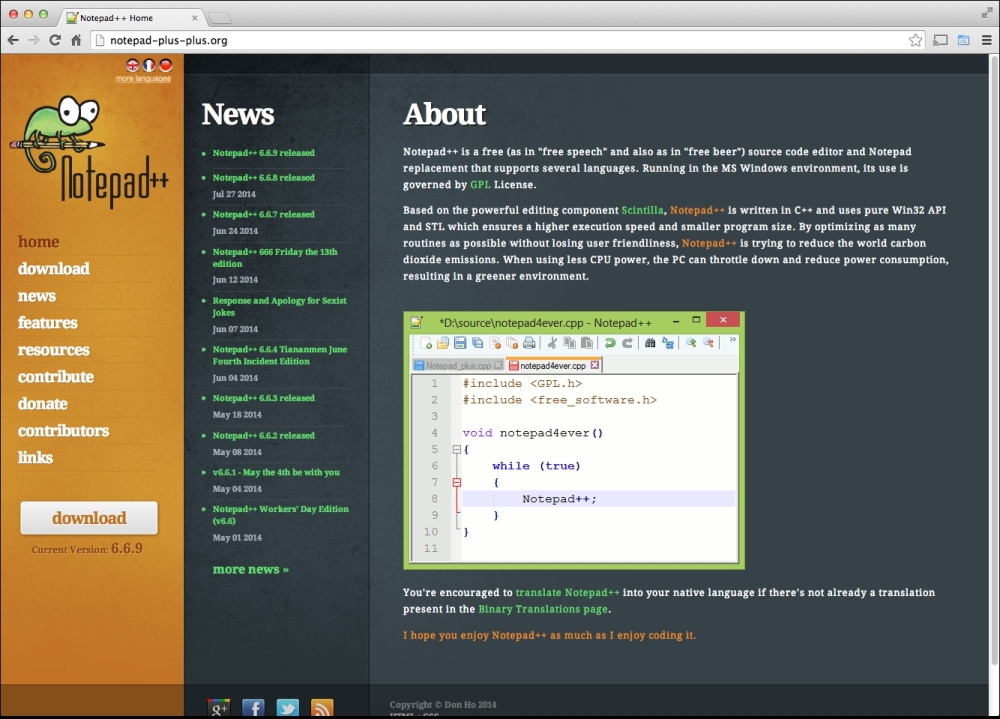 On Windows, a JavaScript editor that is exclusive to the Windows platform and that's actually an editor and not an IDE is Notepad++. Similar to Sublime Text, Notepad++ is mostly used as a text editor and has plugin support but doesn't use a package manager such as Sublime Text, so the application runs extremely fast even with plugin support. It also has code-hinting support for some project files, including JavaScript.

In the case of either of these editors, or any other lightweight editor, as they typically don't have code validation included, they make code updates easily and quickly with validation running in the background, at the risk of writing slow or broken code.