Mid-range editors work very well with projects already past the early phases of development or projects that are very small. An exception to using an IDE early on is small projects. These are typically content-management system-based sites, such as WordPress, Joomla, Drupal, and so on, where most of the JavaScript is written for the developer and tested already.

They are also useful for light code hinting, and some can connect to either a source repository or an FTP to push code up. The real differences between these and an IDE are the speed of the editor and the lack of code quality features. Many of these editors only look for glaringly obvious errors in the code, such as missing a semi colon in JavaScript. Nevertheless, they are very useful all-round editors.

Coda is a Mac-only editor, but it supports HTML, CSS, and JavaScript coding. The following screenshot shows you the user interface of Coda: 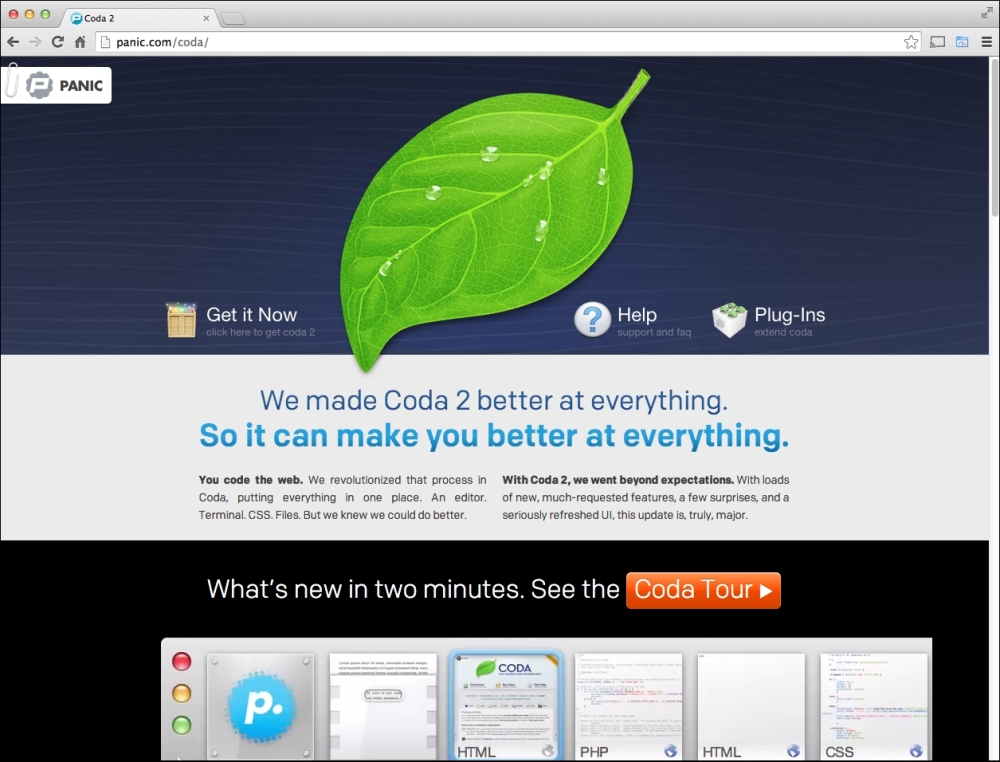 It also has some support for Python and PHP, but it's not dedicated to running non-web code on its own. It also features a manual validation checker of JavaScript rather than one that's continuous so, again, there's some support to improve your JavaScript and web code, but it does not always check for errors fully while you code.

WebMatrix is Microsoft's lighter website editor in this mid-range category. It has Git and Team Foundation Server support as well as support for ASP.NET projects, PHP, and NodeJS. The user interface of WebMatrix can be seen in the following screenshot: 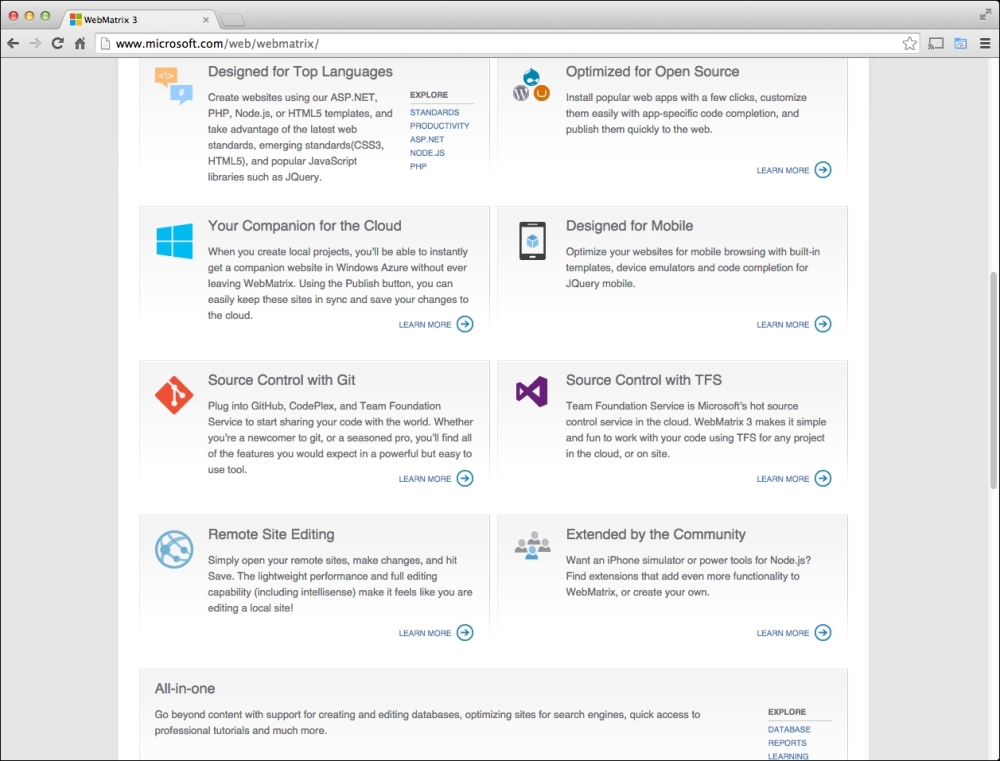 WebMatrix is an example of a mid-range editor where you may want to consider an editor's features when choosing which editor you want to use for your project.

For example, if you needed Mac support with Python, then Coda is a good fit, while WebMatrix gives a different set of features, including ASP.NET support. This is a common theme in mid-range editors, where many of them are really designed to do certain things and give just about the minimum support for a code base while keeping the editor as speedy as possible.

With any editors of this type, we can see that they allow us to connect to an existing project easily and perform some code-checking while working on a fairly fast editor.