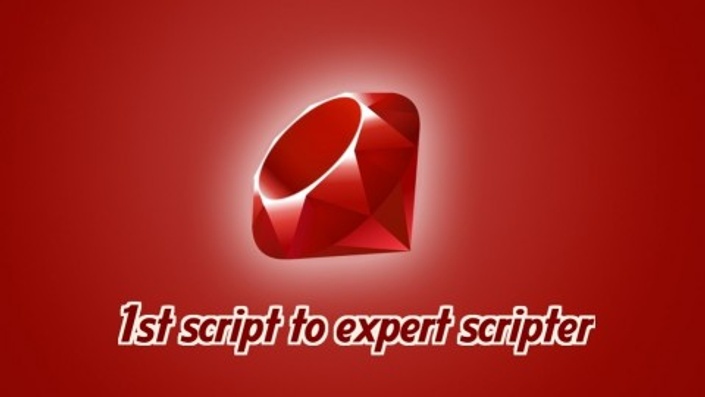 A lot of programmer tries to find a language which is completely Object oriented, easy to learn and implement. Your search will end by finding Ruby programming language. Ruby is a true object oriented programming language which is easy to use and you will complete all task without getting buried inside deep documentation. Everything in ruby is an object, even classes are also object in ruby.

In this entire mobile optimized course of ruby programming, you will learn basics of ruby like operators, variables, If and if else. After grabbing basics, we will move on to loops and switch cases of ruby. We like to deliver knowledge in sharp and to the point videos. In this entire series, we will focus on working with eclipse IDE because it is free and ruby can be configured in ruby easily with eclipse.

You might have intention to move into “Ruby on Rails” or just automating the things by ruby, this course will give you quick but comprehensive start in ruby programming. In the competitive and keep on changing programming paradigm, programming languages keeps on going. But ruby is a bit different. It came as a fresh language and reached to the top programming in 2014 and is expected to be growing in programmers favorite list because of its high end features, easy syntax and dedicated object oriented approach.

Ruby was designed to be more powerful that Perl, and more object-oriented than Python, and has gained in popularity due to its power and ease of use. Ruby is a dynamic, reflective, object-oriented, general-purpose programming language. It was designed and developed in the mid-1990s by Yukihiro "Matz" Matsumoto in Japan.

Features of Ruby programming Include:

·Lexical closures, iterators and generators, with a unique block syntax